On this day my husband and I took a walk on the Pennypack Rail Trail. We were out very early in the morning, about 6:30. I haven’t been here since the shutdown – I have avoided it because it is a popular place in daytime and has become crowded with people.

And it has been too dark early the morning to go out, until now. Our plan was to start out early; it’s my observation that casual walkers do not get moving at 5 or 6 AM to exercise.

The theory worked – the trail was quiet, and the people on it were running, riding bikes, or walking fast, and separated from each other. It looked like it did in normal times, a peaceful place to walk. I’m not used to the changes in traffic patterns yet at my usual haunts, I guess.

Here is the tile I took with me: 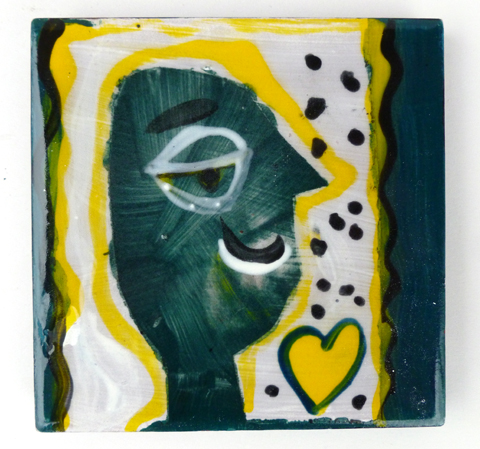 We set it near the memorial benches and plaque commemorating the train crash on this site that occurred in 1921. I took it up the hill a little – so that it could be seen and enjoyed if someone wanted to take a look, and accessible with an effort, rather than having it take up a bench or the like, where someone might be worried about touching it. 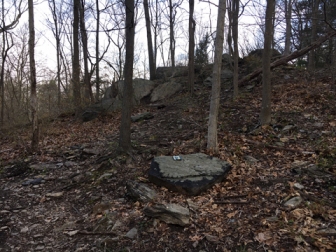 And here is a view of the trail in both directions.

A person who does art and writes poetry. That's me!
View all posts by Claudia McGill →

Posted in Art Drops In